International Summitry: Innovation at the G7

In 2018 at La Malbaie in Quebec, Canada, the G7 meeting ended with the spectacular last-minute withdrawal of US President Trump’s support for the carefully negotiated joint declaration. In 2019 in Biarritz, France, the US President not only supported the joint declaration but also held a joint press conference with the President of the hosting country, Emmanuel Macron. How can we explain this contrasting fate for the 45 years old club of developed countries? Is this a signal that the storm on collective action is passing away?

Innovation: a change of focus

In the past, the efforts of members of the G7 tended to focus on producing broad-based joint declarations on most of the hot topics of the time. This required huge preparatory efforts at the Ministerial and sub-Ministerial levels months ahead of the Summit and was always subject to last minute bargaining and drama that could significantly water down the achievements of long-haul discussions.

The 2018 meeting was the ultimate example of such a phenomenon with the President of the leading country refusing to sign the declaration. To avoid repeating such a scenario this year, which would have probably made the G7 irrelevant for good, the members put much less ambition on the joint declaration. In total, it consists of five short paragraphs, on trade, on Iran, on Libya, on Ukraine and on Hong-Kong. The language used for those paragraphs is non-committal and as general as possible. The impression is that there is a joint declaration for the sake of avoiding having none.

Action was focused on specific initiatives. The summit delivered a series of agreements on topical issues, including a charter on biodiversity, a fund for women’s empowerment for entrepreneurship, a fund to support the physical and psychological recovery of victims of sexual violence, an initiative for change in the cooling sector, an initiative for Business for Inclusive Growth, a plan for the Amazon wildfires, and a potential initiative to fight fires in sub-Saharan Africa.  Whereas the adoption of specific initiatives has been a recurrent pattern in previous G7 summits, it has always been a kind of “sugar on the cake” of a comprehensive joint declaration.

This year, the cake so to speak is the set of specific agreements. Another innovation has been the attempt to invite to the summit leaders of “contentious” states, Russia, to reinvigorate the G8, and Iran. This can be interpreted as an attempt to reach out to the larger world at a time when the G7 is living in the shadow of the larger G20 grouping. 2019 thus appears to be a better year than the previous one for the G7.

But no change in dynamics yet

For international policy-making and cooperation, however, the G7 brings no change to the ongoing dynamics away from multilateralism and the conduct of coordinated action under some collective leadership. The proliferation of specific initiatives dear to some, but not all, members of the club is a confirmation that fragmented action, often responding to individual leaders’ pet topics, as important as they can be, is here to last. Is this worrisome? No would argue pragmatists: the importance is to act internationally to address topical issues and improve human and environmental conditions.

The French President no doubt belongs to this group.  Putting aside the question of the impact of the specific initiatives launched in Biarritz, the issue is the absence of thinking in systems. The challenges that the world is facing are complex and interventions to address them are particularly difficult to design. From this perspective, there is a significant way to go for international leadership to be able to seriously follow the recommendations for action stemming from scientific consensus.

The most relevant contrast is not the one between the 2018 and 2019 editions of the G7 summits but between the impressionistic initiatives adopted in the G7 and the thorough list of measures recommended by the latest report of the Intergovernmental Panel on Climate Change (IPPC) on Climate Change and Land. It is high time that our elected politicians change their mindsets and become true, as opposed to acclaimed, leaders on a journey toward comprehensive collective action to address the current environmental, social and economic challenges.

END_OF_DOCUMENT_TOKEN_TO_BE_REPLACED 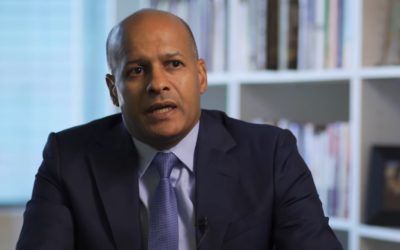